19 year old female who underwent “exploratory” surgery for her foot pain but she persisted to have pain and was basically told there was nothing else that could be done. When I saw her for a second opinion it was determined she had scarring of her posterior tibial tendon, torn Spring ligament and underlying flatfoot.

She underwent a Minimally Invasive Medializing Calcaneal osteotomy, Spring Ligament reconstruction with internal brace, posterior tibial tendon repair with Amnion (ie, placental tissue) and stem cells. She is at 6 weeks and we will start her on physical therapy with a partial progressive weightbearing program. Despite these procedures she only used pain medications for a few days and she stated this surgery much less painful than her “exploratory” surgery despite being “more” invasive!

Below is a picture of her medializing calcaneal osteotomy which was performed using the Minimially Invasive burr through a “poke” hole incision. She had excellent medialization of 8 mm! 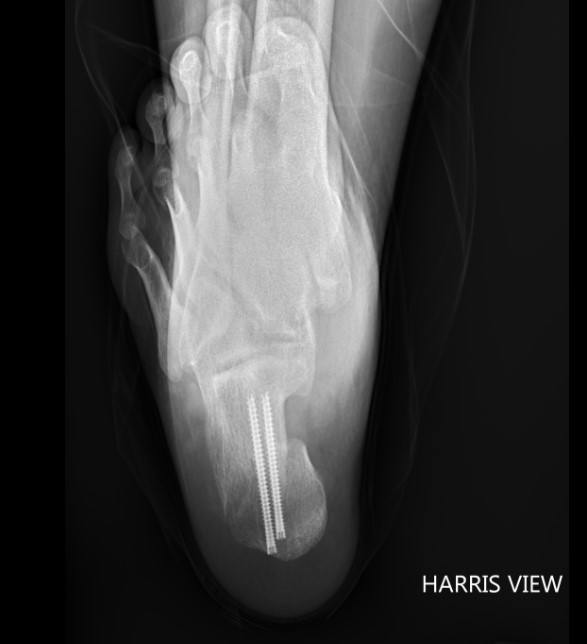 76 year old male with chronic flatfoot deformity. He has had a flatfoot his entire life but more recently started to notice his foot started to rotate out and he could no longer walk straight. He tried a custom brace but it did not work. His work up revealed chronic tearing of his posterior tibial tendon and Spring ligament.

Walks great with no pain! He now walks with straight left foot!